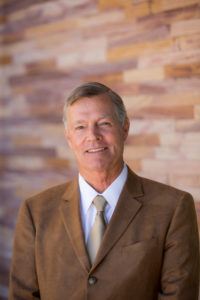 Steven M. Hilton has worked in the field of philanthropy for approximately 35 years. In 1983, he joined the Conrad N. Hilton Foundation established by his grandfather, initially holding the positions of program assistant and program associate. In 1989, he was named vice president of programs and was elected to the board of directors. He was named president in 1998, CEO in 2005, and chair in 2012. While he retired as President and CEO, effective at the end of 2015, he remained involved in the Foundation’s work as chair of the board of directors through January 1, 2021.

Steve Hilton oversaw the Foundation’s worldwide humanitarian work. He previously served on the board of the Conrad N. Hilton Fund for Sisters. He also served on the boards of the Archdiocesan Finance Council, the BEST Foundation, Loyola Marymount University, Southern California Grantmakers, and St. Joseph Center.

Prior to joining the Foundation, Hilton worked for five years in hotel management with Hilton Hotels Corporation in Alabama, Georgia and California. He was also involved in aquaculture businesses in California and Hawaii.

A graduate of the University of California at Santa Barbara, Hilton also earned a Master of Business Administration from the UCLA Anderson School of Management and an Honorary Doctor of Humane Letters degree from Pepperdine University. He has been honored by St. Joseph Center and the National Multiple Sclerosis Society (Southern California Chapter). Hilton was the inaugural recipient of the Yunus Social Innovation Medal presented by Nobel Laureate Muhammad Yunus and California State University, Channel Islands. He was selected as one of UCLA Anderson’s 100 Inspirational Alumni and was given the Distinguished Alumni Award by the UC Santa Barbara Alumni Association. Hilton was the inaugural recipient of Southern California Grantmakers’ Heart of Philanthropy Award.