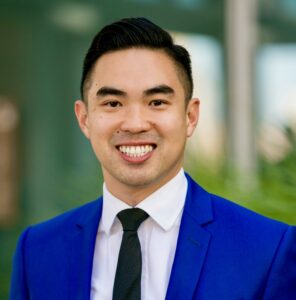 Seyron Foo leads the Conrad N. Hilton Foundation’s programmatic and advocacy goals on realizing a Los Angeles where homelessness can and should be rare, brief and non-reoccurring. Previously, Foo served as senior advocacy officer for the Foundation, managing advocacy strategies for the Homelessness, Foster Youth, and Opportunity Youth Initiatives. Prior to the Foundation, he oversaw public policy and government relations at Southern California Grantmakers and Philanthropy California, where he led initiatives that strengthened philanthropy’s partnerships with state and local governments. He has experience in various government sectors, including the California Senate Majority Leader’s Office and the City of Long Beach. He earned his master’s degree in public affairs from Princeton University’s School of Public and International Affairs and his bachelor’s degree in rhetoric and political science from the University of California, Berkeley.