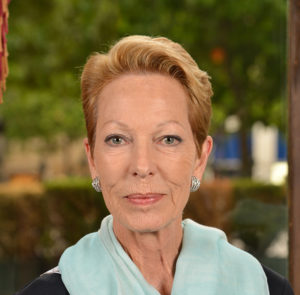 Princess Salimah Aga Khan, appointed the first SOS-Kinderdorf International Ambassador for Children in 2000, is actively involved in that organization’s work and has visited SOS Children’s facilities in Cambodia, Nepal, Romania, France, Egypt, India, Austria, South Africa, Pakistan, Germany, Mexico, El Salvador, Panama, Portugal, and the United States. Born in New Delhi, she grew up in India where her father served in the British army. In 1969 she married His Highness the Aga Khan, spiritual leader of the Ismaili sect of Muslims. Since Their Highnesses separated in 1995, Princess Salimah has committed herself to supporting various humanitarian efforts, especially those in the areas of health and child support. Her work with SOS Children’s Villages started when she took part in the official opening of the first SOS Children’s Village in French Polynesia. More recently, she has visited southern India after the 2004 tsunami in Southeast Asia, as well as Assad Kashmir and Afghan refugee camps in Pakistan.