Member, Board of Directors since 2016 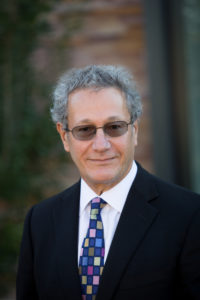 Mark Rosenberg, MD, MPP, was president and chief executive officer (CEO) of The Task Force for Global Health from 2000-2016. Under Dr. Rosenberg’s leadership, The Task Force grew to be one of the largest nonprofit organizations in the country.

Dr. Rosenberg’s leadership was characterized by a commitment to collaboration and compassion in global health. He co-authored Real Collaboration: What Global Health Needs to Succeed, which describes a model for global health collaboration that has been successfully applied to address health needs affecting the world’s most impoverished people.

While Dr. Rosenberg was president and CEO, The Task Force was instrumental in providing people in the developing world with greater access to vaccines for influenza, cholera, and other deadly diseases, and medicines for multi-drug resistant tuberculosis. Dr. Rosenberg also was an influential voice in persuading the United Nations (UN) to recognize road safety as a public health issue, at the time only the second such declaration that the UN had made.

Before joining The Task Force, Dr. Rosenberg served for 20 years with the Centers for Disease Control and Prevention (CDC), including conducting early work in smallpox eradication, enteric diseases, and HIV/AIDS. He was instrumental in establishing CDC’s National Center for Injury Prevention and Control and became the first permanent director in 1994, serving as director and Assistant Surgeon General.

Dr. Rosenberg is a member of the Institute of Medicine and boards of several non-profit organizations and academic institutions, including the Georgia Global Health Alliance, which he helped start. He is board-certified in both psychiatry and neurology and internal medicine with training in public policy. He serves on the faculty of Emory University School of Medicine, the Rollins School of Public Health, and Morehouse School of Medicine and on the Visiting Committee for the Harvard School of Public Health. He is married to Jill Rosenberg and has two children and two grandchildren.