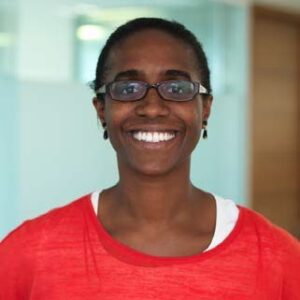 Maniza Ntekim leads the Early Childhood Development East and Southern Africa initiative. In her role, she oversees a grantmaking portfolio that seeks to improve caregiver well-being and early childhood development outcomes in Kenya, Mozambique and Tanzania. Previously, Ntekim served as regional advisor for UNICEF’s Eastern and Southern Africa Regional Office, overseeing the early childhood development programmes of 21 UNICEF Country Offices. Before that, she was senior programme officer at the Open Society Foundations (OSF) where she led on OSF’s global ECD advocacy programme, supported ECD systems strengthening in Africa, and represented the private sector and private foundations on the Global Partnership for Education’s Country Grants Committee. Ntekim has worked as a policy advisor and advocate for the Children’s Investment Fund Foundation, Amnesty International UK, and the Confederation of British Industry, which is the UK’s largest employers’ federation. She has also worked as a consultant for Save the Children UK, UNESCO, Oxford Policy Management and DfID. Ntekim’s relationship with UNICEF begun in 2007 when she worked as an education advisor in Rwanda and then in Tanzania. Ntekim holds a master’s degree in international politics from the School of Oriental and African Studies at the University of London, and a Bachelor of Arts in philosophy, politics and economics from the University of Oxford.