Vice Chair of the Board 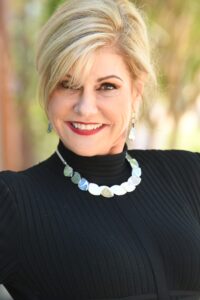 Granddaughter of Conrad N. Hilton, Linda Hilton joined the board of directors of the Conrad N. Foundation in 2014, after serving as a board intern in 2013. She was appointed Vice Chair in 2021.

She has spent her entire life in the hospitality industry. She was the first Hilton family member to attend the Conrad N. Hilton School of Hotel and Restaurant Management at the University of Houston. She started her 30+ year career at Hilton Worldwide in 1987 in the Hilton Professional Development Program and upon completion was immediately hired as a conference center manager at the Los Angeles Airport Hilton. She has held many operational positions at various hotels and above property level positions over her tenure. Today she serves as senior director of intermediary group sales. Hilton has received high recognition in her sales achievement inside Hilton Worldwide with five Circle of Excellence Awards and customer awards as National Sales Person of the year, four times to date.

As of 2020, she resides in Las Vegas and enjoys working out, dancing, spending time with her husband Fabrizio and youngest son Brandon and, whenever possible, a visit from her oldest son, Nick.