Member, Board of Directors since 1989 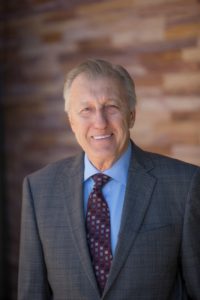 James R. Galbraith, formerly senior vice president of corporate affairs for Hilton Hotels Corporation (1981-94), has a professional background in news, government and corporate affairs. Prior to his time with Hilton Hotels, Galbraith served as vice president of corporate communications for Ticor, a financial services company. From 1960-76, he held a variety of positions in Washington, D.C., including service as an administrative assistant to a U.S. congressman, an executive with a congressional committee, a national magazine editor, a broadcast correspondent, and executive director of the Republican Governors Association. From 1955-60, he was a newspaperman in Pasadena, California. A native of Michigan, Galbraith is a graduate of California State University, Los Angeles. He has served on the board of the Conrad N. Hilton Fund for Sisters. Galbraith also played a key role in the conceptualization of the Conrad N. Hilton Humanitarian Prize in 1996, and recently retired from his longtime role on the seven-member international jury that selects the recipient for the annual $2 million Prize. Along with President Clinton and other national leaders, Galbraith was awarded an Ellis Island Medal of Honor in 1993.