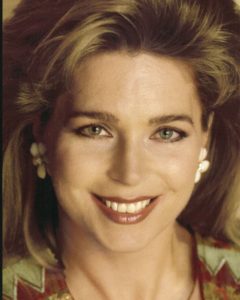 Her Majesty Queen Noor is an international public servant and advocate for cross-cultural understanding and conflict prevention and recovery issues such as refugees, missing persons, poverty, climate change and disarmament. Her peace-building work has focused on the Middle East, the Balkans, Central and Southeast Asia, Latin America and Africa.

Queen Noor’s work in Jordan and the Arab world has focused on national and regional human security in the areas of education, conservation, sustainable development, human rights and cross-cultural understanding. Since 1979, the initiatives of the non-profit Noor Al Hussein (NHF) and the King Hussein Foundations (KHF) (founded in 1999), which she founded and chairs, have advanced development thinking in Jordan and the Middle East through pioneering best practice programs in the fields of poverty eradication, women and youth empowerment, microfinance, health, and arts as a medium for social development and cross-cultural exchange. The Foundations provide training and capacity-building expertise in these areas in the broader Arab and Asian regions.

Queen Noor has made conservation and environmental priorities an essential component of her work to promote human security and conflict resolution. After her marriage, she became a patron of Jordan’s RSCN, the Middle East’s first environmental NGO. RSCN and NHF/KHF programs have become regional models for conservation and sustainable development providing training and capacity building in the Middle East. She chaired Jordan’s National Commission in 1990 which developed Jordan’s National Environment Strategy, the region’s first, along with Jordan’s Environment Law. Internationally, she has focused on environmental conservation and human security with emphasis on water and Ocean health and protection issues.  She is patron of the International Union for Conservation of Nature, a member of the Ocean Elders, founding and emeritus president of BirdLife International, trustee emeritus of Conservation International.

A longtime advocate for a just Arab-Israeli peace and for Palestinian refugees, the Queen has been an outspoken voice for the protection of civilians in conflict and displaced persons around the world. She has focused extensively on the Balkans since a 1996 mission bringing aid to the Srebrenica massacre survivors and since as a member of the International Commission on Missing Persons the leading provider of DNA-assisted identifications, and related justice, and reconciliation best practices to countries worldwide dealing with natural catastrophes, human rights abuses and conflict.

Queen Noor has been an advisor to and global advocate for the International Campaign to Ban Landmines and was a founding leader of Global Zero. She is president of the United World Colleges, a Trustee of the Aspen Institute, Advisor to Search for Common Ground and Trust Women.