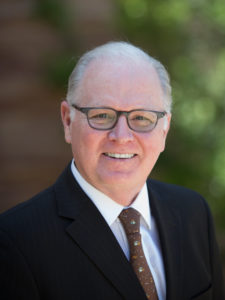 Edmund J. Cain oversees all domestic and international grant programming at the Conrad N. Hilton Foundation, including overall responsibility for the Foundation’s strategic planning. Prior to joining the Foundation, Cain served as director of The Carter Center’s Global Development Initiative, which facilitated national development strategies in post-conflict countries. A senior member of The Carter Center’s Peace Program team, Cain advised former President Carter on global development issues and participated in election monitoring missions. Prior to that, Cain had a long career with the United Nations serving in Malaysia, Myanmar, and Afghanistan, and was a U.N. Resident Coordinator in Turkey and in Egypt. He was also the first Director of the United Nations Development Programme’s (UNDP) Emergency Response Division. In that capacity he oversaw the formulation of UNDP’s disaster response policy and led missions to war-torn and disaster-affected countries. Cain also served in the U.N. Secretariat as the Chief of Staff to the U.N. Undersecretary General for General Assembly and Political Affairs. A Fellow at the Harvard Center for International Affairs and Senior Fellow at UCLA’s Luskin School of Public Affairs, Cain holds a master’s degree in public affairs from the University of Oregon and a bachelor’s degree in political science and international affairs from the University of Delaware.