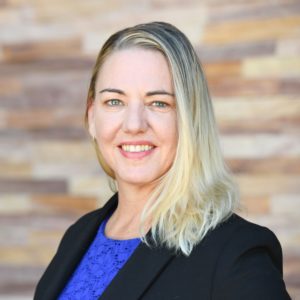 JC Walsh is a senior program officer with the Catholic Sisters Initiative and focuses on supporting congregations, organizations and human development activities in the U.S. and Latin America. She is a public health professional with over 15 years of experience designing, implementing and measuring the impact of emergency relief and development programs in Africa, the Caribbean and South America. Before joining the Hilton Foundation, Walsh served for eight years with the U.S. State Department as a President’s Emergency Plan for AIDS Relief Coordinator, leading U.S. government efforts to fight HIV in the Caribbean, the Democratic Republic of Congo, Ethiopia and Cote d’Ivoire. Walsh also served as the assistant country director for CARE International during a tumultuous period in Cote d’Ivoire, spearheading programs that ensured primary health and education services in the highly volatile parts of the country from 2006-2010. Walsh also has on-the-ground experience providing refugees and internally displaced peoples with food, shelter, education and protection services through her work with the Christian Children Fund in Chad, the International Rescue Committee in the Ivory Coast, and the UN World Food Program in the Ivory Coast. Walsh holds a master of public health degree from University of California Los Angeles, where her thesis focused on documenting gender-based violence during the Liberian civil war. She holds a bachelor’s degree in international affairs from George Washington University, which includes a semester as a White House intern. Walsh lived and worked overseas from 2003-2017.